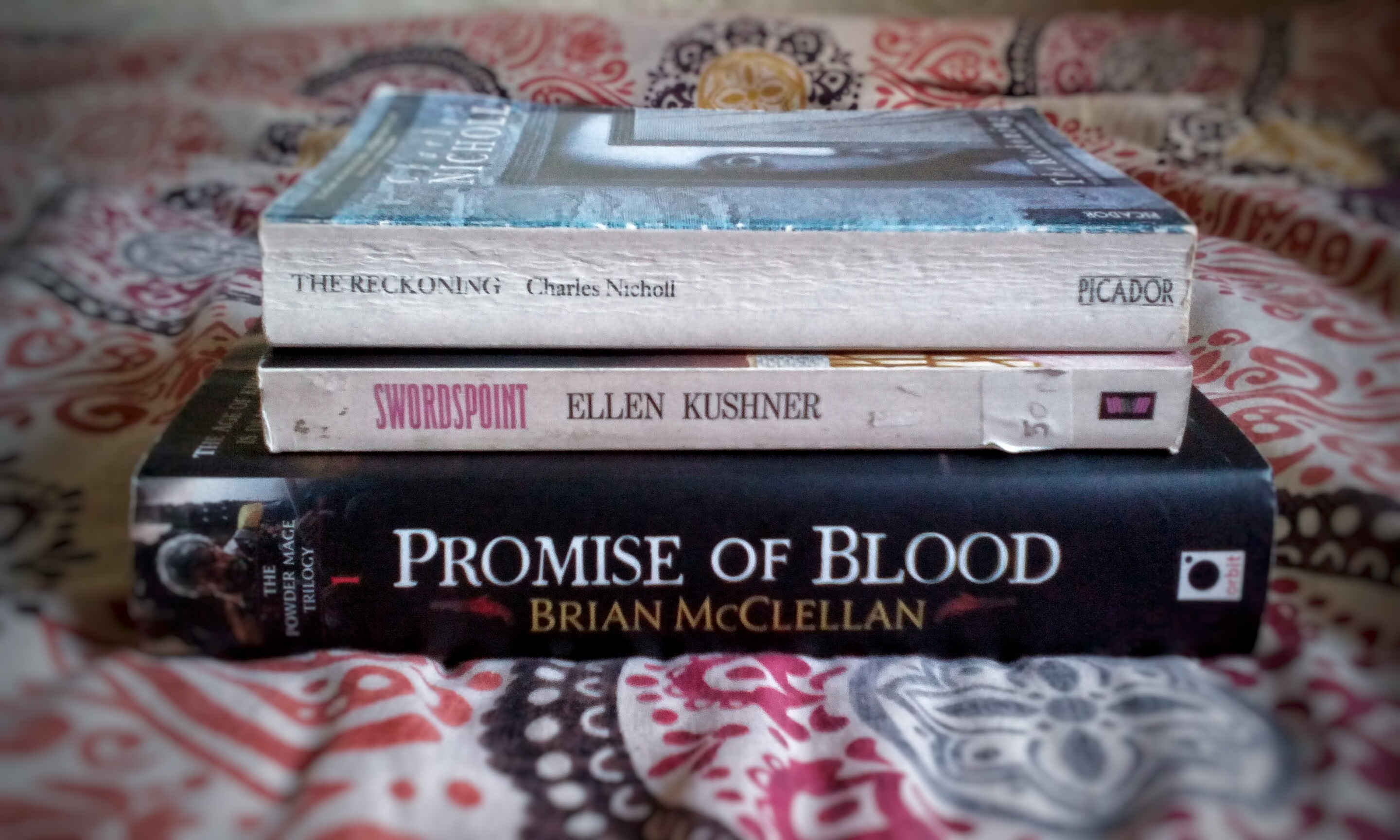 This busy month it’s been vital that I keep up with my projects and responsibilities – so of course I’ve largely been daydreaming about books.

So what have I been reading in December?

The Reckoning, by Charles Nicholl

In 1593, the brilliant and controversial young playwright Christopher Marlowe was stabbed to death in a Deptford lodging house. The circumstances were shady, the official account – a violent quarrel over the bill, or ‘recknynge’ – long regarded as dubious.

For the first time tracing Marlowe’s shadowy political and intelligence dealings, Charles Nicholl uncovers critical new evidence about that fatal day. Also providing an enthralling revelation of the extraordinary underworld of Elizabethan crime and espionage, the ‘secret theatre’, Nicholl penetrates four centuries of obscurity to expose a complex and chilling story of entrapment and betrayal.

Actually, I’ve been reading this on and off for the past couple of months. While a masterpiece of research and certainly very illuminating, it’s not exactly a page-turner.

Which isn’t a bad thing! Not all books should be. This one’s more of a slow burner.

Hailed by critics as “a bravura performance” (Locus) and “witty, sharp-eyed, [and] full of interesting people” (Newsday), this classic melodrama of manners, filled with remarkable plot twists and unexpected humor, takes fantasy to an unprecedented level of elegant writing and scintillating wit. Award-winning author Ellen Kushner has created a world of unforgettable characters whose political ambitions, passionate love affairs, and age-old rivalries collide with deadly results.

I’m only a couple of chapters in and I already adore this book. It hits a lot of joy buttons for me: pseudo-Georgian (at least, that’s how I picture it) fantasy setting, queer characters, and swordplay (wink wink nudge nudge – but also the literal kind). I’m only abashed it took me this long to pick it up.

It’s a bloody business, overthrowing a king. Now, amid the chaos, a whispered rumour is spreading. A rumour about a broken promise, omens of death and the gods returning to walk the earth.

No one really believes these whispers.

I was really excited to start this book. Let that be said. I still have a lot of good will towards it, because come on, the premise? Gunslinger mages who get high off gunpowder conducting a revolution in another pseudo-Georgian fantasy setting! It sounds like McClellan wrote it just for me.

The book kind of soured, however, when it became apparent – as it does early on – that the main character, Field Marshal Tamas, whom I was ready to love, is an unpleasantly grumpy bugger.

Not only is Tamas unrelentingly grim, but I don’t actually find the idea of getting behind a military coup – wrongly characterised as a revolution here – which gives nary a shit about citizens’ rights and welfare that enjoyable a reading experience.

I’ll slog on and see how it goes.

Got any tips or recommendations? Let me know!

A Death in the Family