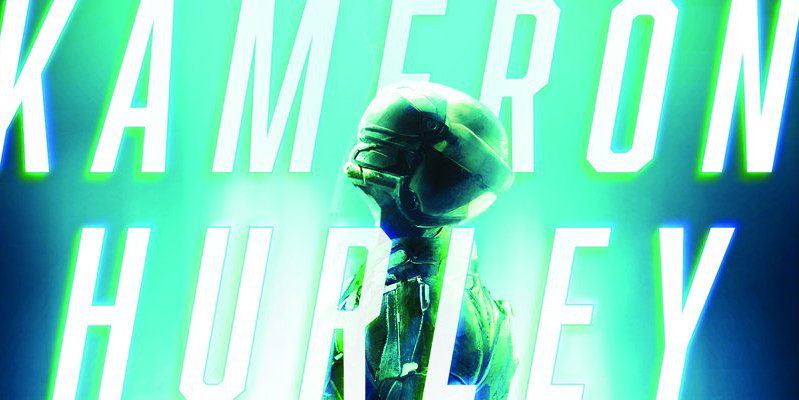 In Kameron Hurley’s latest novel, The Light Brigade, main character Dietz is a ghoul—a jobless, stateless person, without residency or citizenship—in future São Paulo. After an event known as the Blink hits Dietz’s home, wiping two million people off the face of the earth, Dietz joins up to fight in the Corporate Corps against the Martian threat that was responsible.

The Light Brigade takes place in a future not too distant from ours—only a couple hundred years out, in fact—where after the collapse of the world’s superpower nations, corporations have taken their place. Now the people of Earth are divided into three classes of people:

Citizens are those who belong to a corporation and enjoy full rights to jobs and heathcare inside it. Residents are able to work for a corporation but not much else. And finally there are ghouls—stateless people with no rights and no choice but to live on the fringes of civilisation, and to try to earn a place with a corporation that might never be granted.

Not only an echo of Starship Troopers (though that echo is strong), this backdrop is a terrifying extrapolation of the world we live in here in the late 20-teens. The US and Europe’s fanaticism over our borders’ keeping out the poorest and the most desperate is facilitated by private security companies that sell us our barbed wire and black-helmeted guards. Meanwhile inside our fences, it’s private interests again that twist government policy to their own ends, that hoover up the labour of ordinary people while spitting back pennies in return, and that spin public opinion against those who can’t work to line the bosses’ pockets. It’s all this that Hurley reflects back at us in the corporations that run her world and the injustice they perpetrate.

The thing that makes Dietz more than just any other Corp soldier is that, when they’re beamed through space as light from base to battlefield, Dietz travels through time too.

Dropping into mud and blood and fire utterly without context shows Dietz—and the reader—the meaninglessness of it all. War tends to inspire surrealism because it is surreal—and especially this war. Especially Dietz’s war.

On a personal level, it was the suspense of each of Dietz’s drops that kept me compulsively turning the pages until way past my bedtime each night. The Light Brigade is one of the best books I’ve read in a long time for that ‘but what happens next?’ itch to keep reading. Ultimately that’s what kept me on the hook even when otherwise I’d have noped out amidst the horror.

A shred of hope in the horror

Hurley is a master of horror—not the scary kind, but the other kind, the kind that scours you inside out, leaves you aghast. But even amidst the horror of war, quite possibly the planet’s final war, even after all the awfulness and the death and the fear, at the end of this book you find hope.

While The Light Brigade could be accurately called grimdark, Hurley’s written about how she has come to find that the bravest and most important thing, especially in the current climate, is to be able to believe in hope. It’s easy to point at the bad things in the world and go, ‘look how terrible’. What’s harder is to refuse to wallow in the darkness, to see things with clear eyes, and find a way out.

The point of this novel is that there are no aliens, no real enemy other here—only humans. And anything made by humans can be undone by humans too.

If that isn’t a hopeful message in this day and age, then I don’t know what is.

The Light Brigade is out now from Saga Press. You can get it at Amazon (US/UK), your local independent bookshop, or ask for it at your local library.