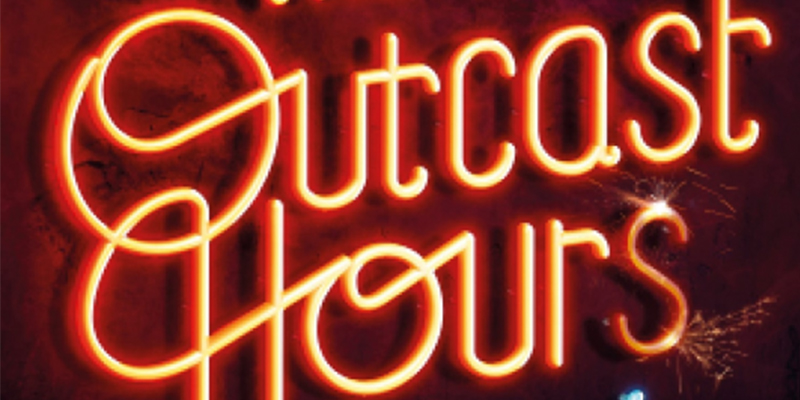 The Outcast Hours, a collection of short fiction from brilliant editors Mahvesh Murad and Jared Shurin, is all about the night. And just like the night, the stories that populate it are frequently unsettling, and full of not-very-nice people. But it’s also full of freedoms—people (and not necessarily people) finding spaces beyond the ordinary in which to stretch and grow. It’s a place without judgement, a place beyond sight.

The microstories provided by China Miéville weave through the collection, dancing around the themes of the stories between which they appear. Slipping into the liminal spaces between stories, these weird fragments embody the spirit of the book: homeless, strange, occupying the between-spaces and no-man’s-land.

Fear in the dark

Some of the stories in The Outcast Hours are downright scary. Makes sense, right? The night is where the monsters live, when the creature from under your bed slips out and into the world of the seen. Some of the monsters in this book really are supernatural, like in Francis Hardinge’s ‘Blind Eye‘, where a childminder for shady people finds herself looking after a child that’s not quite human, and very dangerous.

But others are nothing more than human. Maha Khan Phillips’ ‘Gatsby’ is one such story, where a sense of threat pervades and in the end the outcome is exactly the sort of creeping fear people, mainly marginalised people, carry in the backs of their minds at all times.

In the in-between place, you have stories like Silvia Moreno-Garcia’s ‘Sleep Walker’, where despite taking care not to see what’s out there, the main character still needs to fear what lives in a derelict house in her near-future small town. In Celeste Baker’s ’Not Just Ivy’, in which a woman holidaying in the Caribbean near the island of her birth finds herself infected by something alien, it’s up to the reader’s imagination whether there really is something monstrous menacing the protagonist.

There are things out there in the dark, dangerous things, that we rightly fear. But that’s the nature of the night—it’s a space outside of the everyday, where the unusual can come to the fore. Sometimes the unusual has teeth. But that’s the price you pay for absolute freedom.

When you cast off your quotidian self, you expose your own truth. So many stories in this collection are about finding yourself in the darkness. Mind you, that self isn’t always nice or good.

Sometimes that means monstrous, as in Jesse Bullington’s ‘Above the Light’, where a man and his friend encounter something that’s long been on their trail on a night hike in the Alps, or Sam Beckbessinger, Lauren Beukes and Dale Halvorsen’s nauseating opening story ‘This Book Will Find You’, in which a lover discovers that she may not in fact be the hero of her story.

Sometimes your true self is as simple as a kid who doesn’t have to be likeable or responsible or mature, as in William Boyle’s ‘Lock-In’, or a harrassed woman working at a bar who takes matters into her own hands in ‘One Gram’ by Leah Moore.

Whether the characters in these stories are monstrous themselves or threatened by monsters (or both), they are rarely good people. There are stand-out exceptions though. In Yukimi Ogawa’s ‘Welcome to the Haunted House’, Ogawa shows us love and courage and family amongst monsters. And ‘Dark Matters’ by Cecilia Ekbäck follows a girl as Death comes to live in her house, and she learns how to live with it.

The many faces of night

I can’t begin to cover everything I want to cover about this collection, so I’d better leave it there. All that remains to say is that The Outcast Hours has as many faces as the night, which is as many as those who prefer to roam between sunset and sunrise. Anyone can find their truest self in the darkness. Whether or not that’s a good thing is a judgement that belongs to the daylight hours.

The Outcast Hours is out now from Solaris, and you can get it from Rebellion Books, Amazon US/UK, your local independent bookshop, or ask for it at your local library.