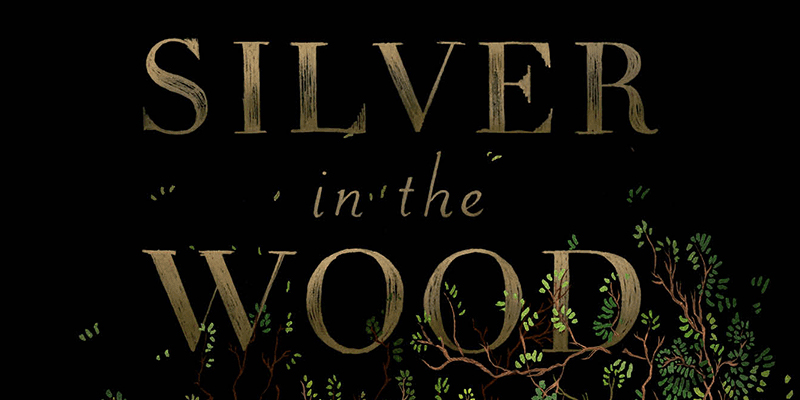 Henry Silver is the new owner of the estate on which Greenhollow Wood sits. Young, handsome, an incorrigible flirt and a folklore enthusiast (to say the least), Silver arrives primed to get thoroughly entangled in Tobias’ business.

Because Tobias isn’t just any old hermit living in the woods. Tobias is four hundred years old, and he walks the wood as its protector. And Tobias has been lonely for a long time.

The Green Man and the myth hunter

Tobias is the archetypal Green Man, that mythical creature of the British woodland—the wood that walks in figure of a man, the outlaw, the almost-deity of the green. It’s through Tobias that Tesh depicts the ancient relationship between men and woodland.

The people of Britain used to make our living in the woods just the same as anywhere else, once upon a time. So, far from making it a wild, uninhabited place, Tesh peoples Greenhollow Wood with woodsmen, hunters, and bandits. As for Tobias, the first thing we see him do is try to mediate between woodsmen and a spirit of the wood. Tobias, or Tobias’ role as guardian of the wood, represents that working relationship.

Where Tobias Finch is slow and old and wise as the old oak at the heart of the wood, Henry Silver is like a bird amongst its branches—bright, quick, young and pretty. He’s your classic past-century scholar, an enthusiastic amateur with money and a good name, full of good will and optimism. The two counterpoint one another as they grow closer, Tobias resisting while Henry gently entwines himself through Tobias’ life.

Silver in the Wood is so bound up in the landscape, both physical and spiritual, of Britain that it could hardly feel anything but bittersweet. For Tobias, the the seasons make their slow rounds, bringing up pain from the past again and again. Even as he and Henry’s bond grows, so does his awareness that it can’t last.

And Tobias is right, in a way. The middle part of the novel is bleak. It’s a period of loneliness, guilt and grief that Tobias has to pass through on his own so that he might come out the other side, a new man.

Tobias—in his role as the Green Man—must die, in a significant sense, so that he can be reborn. Like the oak king, who is defeated by the holly king at midsummer, but returns at midwinter to rule again, the Wild Man of Greenhollow doesn’t ever truly die—only changes, like the seasons and the years.

Silver in the Wood is a gentle and—for the most part—quiet romance. While the novel is at times tremendously sad, it’s important to remember that whatever happens, there is of course a happily ever after awaiting us at the end. Tesh conjures her little world—the Hallow Wood—so vividly I could feel the sun on my face as Tobias and Henry walked out from under the trees.

Silver in the Wood is out now from Tor.com. Buy it online, ask for it at your local bookshop, or check it out from your local library.

The Bone Ships by RJ Barker