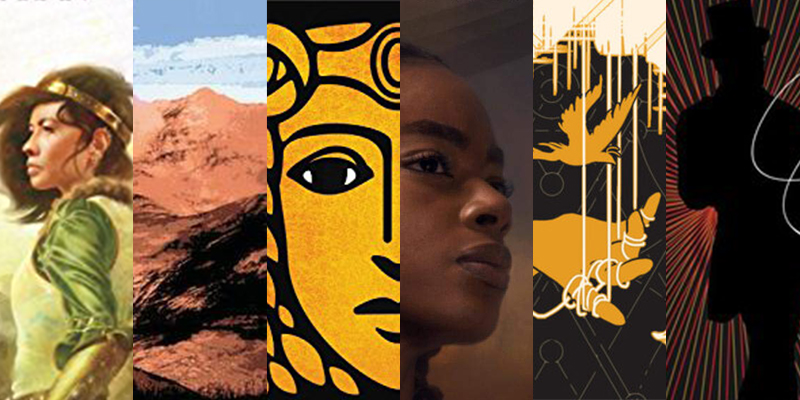 It’s spring at last, and it feels like emerging after a winter of hibernation, especially for me—job stress and home stress on top of pandemic stress all piled up to make getting through this winter feel like a slog at the absolute best. Maybe that’s why my book count dropped off a little at the end of the season.

Rory Brodigan is a 20 year old paranormal working at a Hell’s Kitchen antique shop, secretly using his psychometric power to appraise objects for customers. Arthur Kenzie is the youngest of an Upper East Side political family, as well as an ally of paranormals engaged in saving the world from the unchecked power of ancient magical relics. Arthur needs a psychometric to help him and his friends deal with a relic, but Rory is too used to having to fight for survival in a harsh world to trust him.

Spellbound is an adventurous historical fantasy m/m romance, which is basically my catnip. The plot is solid, every scene pacing along, every event making perfect sense, all backed up by Arthur and Rory’s growing attraction to one another. The older, cannier man/younger naïf dynamic took me by surprise a little, and it’s not really my jam at all, but if it’s yours then I guess it’s another draw. Basically a fun fantastical romance with a lot of great historical detail.

Creeper is a 13 year old girl living by her wits on the streets of an alternate steampunk New Orleans. When she overhears valuable—and dangerous—information, she tries to sell it to an airship captain in exchange for a berth as crew. When everything goes sideways, Creeper and the captain team up to stop the destruction of the city.

Where do I begin? The Black God’s Drums is an outstanding novella, rich with worldbuilding and alternate historical detail. From the first line, Creeper is a distinct and likeable protagonist. The plot is pacy, straightforward and gripping. This is the first of P. Djèlí Clark’s stories I’ve read and I’m definitely going to be picking up more.

The Four Profound Weaves, by R. B. Lemberg

I’ve been a fan of Lemberg’s Birdverse from the very first story I read. It’s a truly fantastical world, in the truest sense—there is so very much of it that is strange and different and exciting. It was exactly what I needed to dive into in blackest, bleakest January.

The Four Profound Weaves picks up decades after the events of ‘Grandmother nai-Leylit’s Cloth of Winds’. The characters are changed by the time that’s passed, but not at peace with themselves—not yet.

Lemberg’s prose is as dreamlike as ever, eloquent as poetry, full of deep meaning. The story they tell is of elders by any measure who, despite our society’s usual narratives about older people, still have journeys to make and meaning to find. The Four Profound Weaves touched me deeply and I felt seen in a way that not many other stories make me feel.

The Jewel and her Lapidary, by Fran Wilde

Lin is a princess of a valley kingdom, where royalty, aka Jewels, are attended upon by servants, called Lapidaries, who can manipulate the will of the valley’s native magical gemstones. Lin is a young woman trained for nothing but courtliness and a good marriage. Sima is her lapidary, daughter of the king’s lapidary but unskilled, only able to manipulate the most basic gems. When treason strikes and these two are the only members of the court left alive, Lin and Sima must find a way to thwart the invading nation’s plans to conquer the valley.

This is a story of death and despair. We see the valley only after it has fallen, alternating between Sima and Lin’s viewpoints and the epigraphs taken from a travel guide set far in the future. As these snippets imply from the very beginning, Sima and Lin are doomed to fail. There are only small victories available to them, and to achieve them they must sacrifice everything.

I’ve been meaning to read this one since it came out and I heard a lot of good buzz about the queer f/f romance. Having finally got around to it, I sort of wish I hadn’t. Altogether too much wallowing in exquisite grief for my taste, and not enough actually doing anything at all. There is one triumphant action in this novella, and it happens right at the end, and it is thoroughly paid for—and I still don’t understand why it had to be Sima to do that, and not Lin.

Circe tells the story of the eponymous witch of Greek legend, from her birth to her eventual end, in the achingly perfect prose Miller excels at. It’s a story of grief, and love, and the pain of being a woman in a world made by men. It’s about agency and autonomy, and how to live. Halfway through I was desperately certain there could be no ending to Circe’s story that would satisfy me, let alone be a happy one. When I got there, I found I was entirely surprised. An incredible book.

So I started reading this book back at the beginning of October, and was crunching through it at speed—and then, out of the blue, I was made redundant from my day job. Suddenly, reading about the sorry state of contemporary tech work wasn’t so appealing any more. I took a hiatus from this book that lasted about three months, then came back and whizzed through the end.

Abolish Silicon Valley is about 90% the story of Wendy Liu’s life in tech, beginning when she was a teenager hacking together web pages and discovering the open source community, progressing all the way through computer science grad to startup founder to the depressing failure of her company and her discovery of leftist politics. While I felt the memoir aspect dragged and depressed me while it was at it, the other 10% of the book was golden: based on Liu’s deep and extensive reading as well as her firsthand experience in the tech scene, it’s a vision of how an anti-capitalist tech world could work.

Though I can only recommend the penultimate chapter, it’s a hell of a chapter. Software engineer certification, hiring halls, and of course strong unions—it honestly inspired me.

We made it, folx. No matter how much you read or didn’t read, you made it through the winter. I’m proud of you. Here’s to spring!