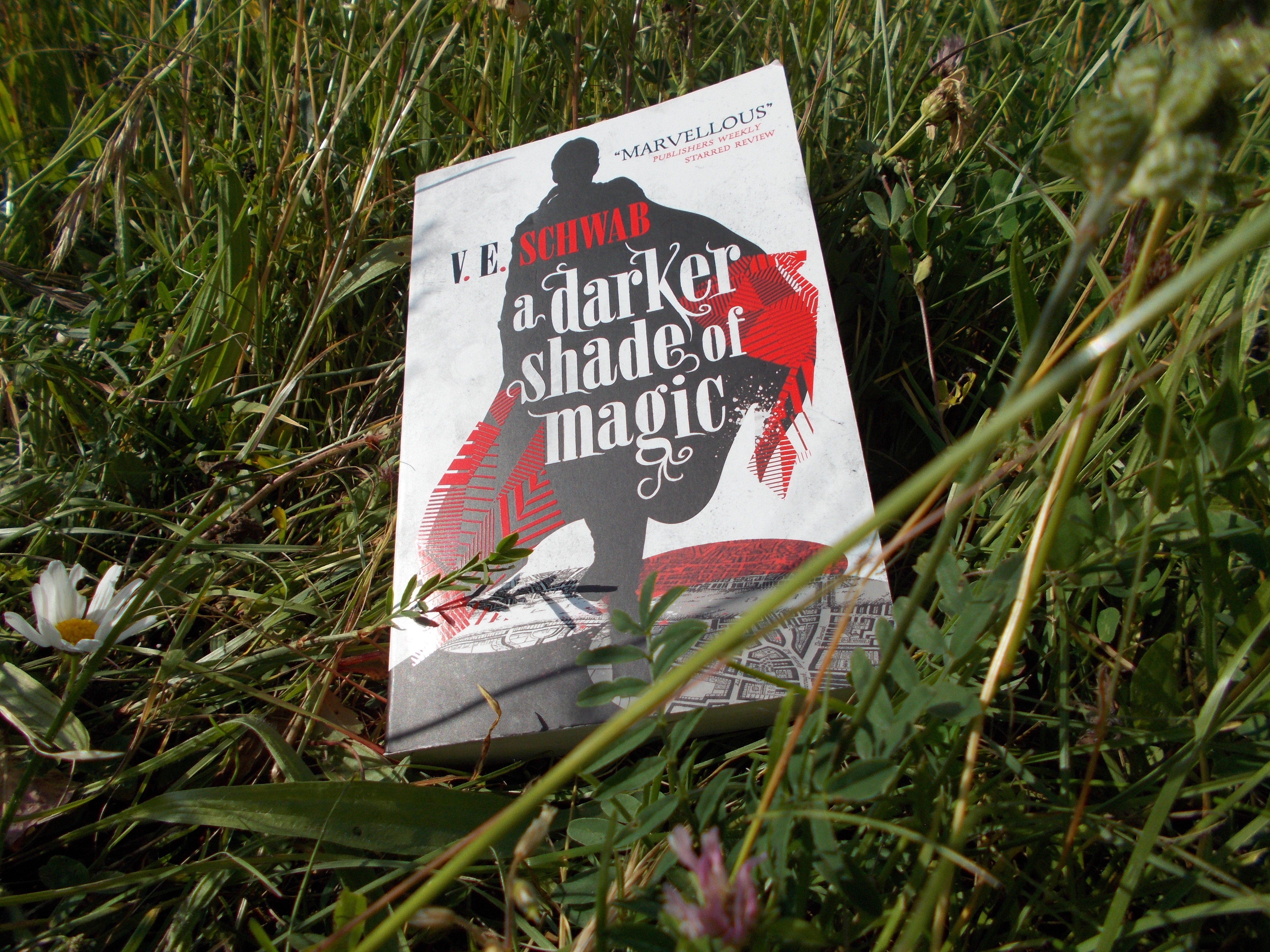 A Darker Shade of Magic is a book of four Londons. In VE Schwab’s fantastic multiverse, four worlds with divergent histories and cartographies lie alongside one another like the leaves of a book, with London a fixed point in all of them. The story follows Kell, a rare breed of magician who can step from one world to the next. Kell is a courier of diplomatic messages between the monarchies of the disparate Londons—as well as a smuggler of the odd bit of inter-dimensional contraband on the side.

Kell, undoubtably the most dynamic character in all the Londons, is an attractive, enigmatic wizard, and one of only two characters able to travel unaided between worlds. But like a rich kid’s compulsive shoplifting, his fondness for smuggling inevitably gets him—and all the worlds—into trouble when he carries a fatally-powerful magical artifact from one London to the next, infecting his own city with a dangerous magic and becoming hunted for the power he now possesses.

A Darker Shade of Magic is the first book of a series telling the story of Kell, his adoptive brother Prince Rhy, and his newfound friend Lila Bard. Unfortunately, this means …Magic’s most interesting threads, such as Kell’s origin, the meaning of Lila’s eye, or Holland’s side of the story, are left unresolved. This leaves the story feeling empty, despite the resolution of the central plot.

Nevertheless, the three main characters—Kell, rival magician Holland, and incorrigible thief Lila—are distinctive and enjoyable. Beyond these, however, secondary characters are thinly characterised. Even Rhy, the most dear person in all the worlds to Kell, never moves beyond charisma into real selfhood.

The four Londons are similarly flimsy. As an ex-Londoner who still loves the city, I failed to recognise it in even the London that corresponds to our world. One of the few named locations in our London is a Whitbury Street, Kell’s favoured world-crossing spot. But there’s no Whitbury Street in today’s London, and no easy evidence there ever was. Even the Thames, in the book the source of all local magic, is mentioned only a handful of times, with no explication of what makes it significant among rivers. I bought this book looking for a story with London in its soul, but this story could have been set in Paris or Hong Kong or a fictional city without much more than a find-and-replace.

Schwab has a genius for exquisite and exciting ideas—most memorably, Kell’s many-sided coat, which is a device of such delicious inventiveness it feels straight out of a fairytale. Like those ideas, the overarching concept—blood magic and alternate Londons—is a pulse-quickening prospect. Ultimately, though, the substance of the book fails to live up to the excitement of the proposal. It’s a fun read, but left me thinking, ‘Is that it?’

As a standalone, …Magic would be disappointing; as the first instalment of a series, it tantalises but never satisfies. If Schwab’s undoubted skill for gripping imagery and fascinating ideas lures me back, I hope the sequels put a little more meat on the bones of this brilliant concept.

This Blog is Voting Labour